I never intended to write a New Year’s Eve Post.  Just happens that as I write this, we are on the cusp of January.  Our collective dance card is moving along to the next two-stepping pardner (“Scat you old coot – new cowpoke is up next and they’re coming in a bit ornery, like a possum after licking a Palo Pinto porcupine.”)  Now I will admit, for the first time, I am coming into this writing here with no blueprint. No preconceived notion or battle plan to affix my stake to.  Just a wing and a Hail Mary.  I have no clue what the next words are going to be. Velociraptor. Cyborg. Flagrant. Semaphore. Megaphone. Onomatopoeic. See?  A sort of typographical Tourette’s going on here.  Fandangle. (I will stop now, the horse is down and I can stop stomping away).

I am not one for resolutions.  Never made one in my whole life, other than a quiet, unassuming and usually self-sabotaging one to stop drinking….maybe.  At some point.  It was a colossal lie of omission, as since I never verbalized it, I didn’t really break it, yes?  Can I get a Tony Soprano “Capice?” I wasn’t one for brazen and brass declarations. I never promised myself, let alone anyone else, a petunia garden. Now, if I had promised a silo of manure, then I would have strapped myself to a large, about-to-sink-soon ship and declared myself King of the World™.  That I could deliver, with speed and efficiency that would befuddle FedEx™.

So without any sort of moral, physical (go to the gym? Ya right) and emotional compasses to deal with, I was going in the exact direction I was supposed to go to.  That of “lost”.  And lost I was, because deep down, in all those years of feigning having a sense of self and an external life that could possibly make it on the cover of “Decently Average Dude Monthly”, inside I was like Jeffy on Family Circus trying to make it from Point A to Point B in an M.C Escher-type dotted path.  Like following bread crumb trail on acid.  During a hail storm.  I didn’t have a map of any kind to kindly tell me that I should make a dainty left when really I wanted to plunge into a nice hot lava bath below.

Not that having a New Year’s resolution would have turned the trick anyway.  For me, a New Year’s resolution back then was like trying to put matching curtains on a tank that was engulfed in flames and plummeting over a cliff.  Nice try and an “A” for effort, but pointless.  Because to have a resolution and to follow through with it meant having some criteria attached to it.  Such as:

And since I was bereft of the first two, I had to rely on the last one, and at the time, my rats-ass-ium score was a juicy fat Nil.  Not that I didn’t care at all, as I knew that deep down in me, where the Keebler Elves make delicious cookies, there was a willingness to change.  It was a molecule of willingness, but it was there. I just couldn’t feel it.  In fact, I probably didn’t even know it existed.  But there was a miniscule orb of something that the rest of me wasn’t.  There was always that warm, gentle, breathy voice that, on the odd time things were still in my soul, and away from the tempest tossed of my life, I could hear.  I could feel it.  And I know it was apart from my out-of-mind mind because that voice usually told me what the right thing to do was.  And then the noise from a thousand jazz-handing ferrrets in my mind would gear up again and the circus would continue it’s show in me. Soft Voice stunted.  Shut down so quickly Norma Rae’s head would have spun.

Resolutions to me were already empty promises before leaving my lips or pen, so to give them credence by uttering or scrawling them seemed a waste of time.  And besides, their true manifestation (i.e. utter and complete failure) would bring me into a state of depression, shame, guilt, and remorse.  And we all know that drinking really helps with that.  At least it sounded like a good idea then.  A full fisted goblet of Châteaux Whatever-Is-Around (it was always a good year, or month) turned that frown of mine upside down for a heartbeat then back to frownier than frown.  Because clearly I fail at everything, so I might as well pre-fail something and maybe I won’t feel like such a loser.  Oops, I did it again.

Of course, things are a little brighter ’round these parts since that whole recovery thing happened.  It’s still happening.  It’s like the Big Bang – started a while ago, but the light and residue from it are still illuminating the way for me.  It’s not just one event, but it’s a continual thing.  Improving my lot in life isn’t so much about feisty and zippy pledges on January 1st.  It’s about listening to the Creator, listening to my inner most self, listening to that once quashed voice.  When I sit and actually listen, I hear something.  The echo from that Big Bang, the echo from my authentic self starts to resonate just a little bit more…and that’s where I get the nudges, as I call it.  The Nudges – where I am supposed to go, to be, to do, to serve.  I do my best to get me out of the way, so I can follow these tiny vibrations that bring me to where I need to be.  I have a map now.

So what does this have to do with the price of egg(nog)? Hell if I know.  But I do know that a couple of weeks ago I read a post on Mished-Up’s blog and she talked about coming up with a word for the year.  I thought that is was funkengruven good idea.  I shelved it, like most good ideas (ha!) and moseyed on my merry way through the holidays.  But something was nudging me.  This thought of a word – a single verbal designation of sorts – to define a year yet to unfold seemed…alluring.  Dangerous perhaps?  Not sure.  And then I read Christy’s latest post yesterday, and she too mentioned it.  So I went back to Mished-Up’s original post and several others weighed in with their ideas and it really gained momentum in me.  Moved my spirit a bit. So I too will allow the process to come organically.  I am not going to force it, even though the new year is less than a day away.  I have some ideas, but I will sit with them.  Let them battle it out in the Octagon.  See whose face is pummelled less when they crawl out.  Crown a golden gelding.

So this thing about resolutions – do they need to be so hard-capped?  I think what I have taken away from this past year is that when I am guided by these nudges, I always find myself in a place of growth.  Doesn’t mean that I might be having fun, but I am there because I am needed right then and there.  It’s like standing in the ocean and feeling the gentle pushes and pulls of the currents underneath. And so why not throw a marker out there?  Put something out into the sea and see if I get there without drowning.  Toss it far enough that it’s not staring at me in the face, but close enough that I know it’s around.  Roving in my general view.  A reflection from the sunlight on the surface that catches my eye now and then.  That’s the kind of thing that I can get on (wake)board with.

This may all sound airy-fairy, but for me there is always some concrete actions behind them.  I am slow on the uptake, but I manage to get there at some point (see hare and rabbit).  I do my best to follow through on these gentle draws to my spirit.  For example, I have had for the last six months now this tiny but perceptible pull towards opening things up in a different direction out here. My reaction a while ago was to perhaps shut things down here at The Bottle.  In fact, what my spirit was really asking was to expand where I needed to, not shutting down where I was at.  Funny how I took that cue in a totally different direction.  My problem was that I jumped at something in a different way – I let my head take control rather than my heart.  Ego at work. I needed to sit with things more.  I was trying to make a snowball out of a single snow flake.  I needed to let the precipitation get to shovelling level before seeing the path in front of me.

So I have a new blog that I have been toiling on as of late.  Not sure when I will officially start it…but it’s been something I have been toying with and would be different than what it going on here.  I don’t in fact even have much more to go on than that. Like my word for the year.  Or like the vision board I want to put up with my family.  These are just sign posts that will eventually point to something.  And hopefully they will line up with the will of the Creator. These things we do sometimes, these resolutions, can be more than just wishes and petitions.  They can be spiritual and psychic touchstones to a newer plane in life.  Maybe red herrings.  But that’s okay – I like herrings.  With sour cream…and lots of it.  So there is never a waste.

I shall mark this in my new calendar.  Some guidelines, some markers for the new year.  See what happens.  They say that visualizing things, putting things into the Universe starts to move mechanisms behind the scenes a la Wizard of Oz to bring things to that end.  I can honestly say that things like that have happened to me, so this is no pie in the sky thinking (unless you visualize pie in the sky for yourself).  I don’t know the exact mixture of voodoo and elbow grease involved, but I will get those little clues as needed.  That wee voice will nudge me towards that goal. The Creator will work through others to get me where I need to go.  I will have a cosmic kick in the butt now and then.  More will be revealed, as they say.

I’ll play it by year. 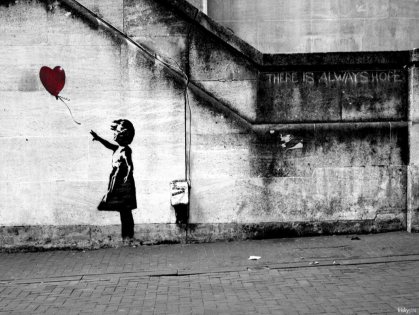