I once read about a local man who died in his apartment.  He owned lots of cats, many who were feral and sick.  The man lived in a filthy dwelling and was a loner.  No one knew he had died, and once the miserly bits of food were gone, the cats, trapped in the house with the decaying owner, started to consume the man.  It was only a few days did someone report a strange odour.

I mention this because I have always wondered who this man was.  I remember passing by the very address of this now deceased man and peering into the window.  Perhaps to catch the ghost of his sad end.  Perhaps to sense what desperation and loneliness and depression and a broken heart was like.  Little did I know then that to see all that pain and suffering, all I needed to was to look in the mirror, not the glass.

That man, that soul who I always sensed left us with the whiff of litter and liquor still in his nostrils, was someone who stuck with me, even though I never knew him.  I don’t know if he was an alcoholic or addict.  Perhaps he was mentally ill. Or both.  Or a good old fashioned curmudgeon – too angry and hurt for this world. But what I do know is that this person was one of The Unheard.  One of the lost spirits who retreated from the world or was placed there for one reason of another.   A once vibrant entity who lost their way , and hid their pain where no one could see it,  where no one dare look, where it was locked up behind hardened scabs.  Hidden in the heart.

You see, I read a lot of recovery blogs.  I participate with lots of recovering and recovered folks.  I meet and talk with and listen to men and women at meetings hear how they have turned their lives around, or who are coming back again.  People share, people talk, people have a voice.  They are heard…in many ways.  I love to hear about people’s lives becoming robust and filled with blessings that previously escaped them, oblivious that they didn’t come from a bottle, but were bottled up within, ready to be freed.  I revel in the camaraderie of those here and out there, who have sought a new way of living and see a light bounce back at them when passing by a reflection.  I seek the comfort of hearing others recount their days now, full and busy and meaningful, knowing that feeling of usefulness.

But my mind often wanders to those who don’t have the blog, who don’t show up at the meetings, who don’t meet for coffee or who don’t even know where they are at any given moment.  Those voices who I don’t hear bragging about what their kids got on report cards, who I don’t hear talk about their latest sobriety landmark, who I don’t hear describe what it’s like to not be alone any more.  The Unheard have no voices, but I feel them in some ways.  I feel that agony, that turmoil, that searing pain that shreds from the inside out.  I think of The Unheard often, because their echoes reverberate in me at some level, because for much of my life, I was one of them. 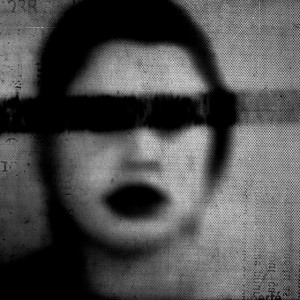 The Unheard live in fear and feel that their voice is not worth listening to. They feel invisible to others and feel inconsequential to themselves.  They compare themselves to others and always lose.  Their friends are long gone, as they had long given up on listening and being part of the Earthly Race.  Drinking and solitude is the new language, and they alone are fluent.  They are weighed down by armour, allowing nothing to come in, nothing to escape.  No one hears you scream…muffled voices that are hidden in the heart.

The Unheard roar in silence, acting out in the only way they know, drinking or using what they know will help dull the hammer of failure banging away in their very souls.  The Unheard live to be seen yet recede into the corners of life.  They want to be hugged yet left alone.  Their nightmares include sitting with themselves in a room with nothing more than the sound of their own breath and the feel of their hair on their face or tongue still in their mouth.  They lick self-inflicted wounds…wounds that are hidden in the heart.

The Unheard lurk on the edges of humanity.  They walk among us.  They work in our workplaces, eat at our tables and play at the parks.  But The Unheard scrape together and tape their shells, a Guy Fawkes façade to camouflage and confound. They talk but don’t speak.  They hear but don’t listen.  The welts of worn pain block them and allows them to only play footsies in the game of life – hidden under the table, but still real contact.  Flirting with humankind.  Tasting what they have forbidden themselves of.  Self-flagellation in the guise of humility and penance. Freedom from pain…pain harboured and hidden in the heart.

The Unheard remind me of how deadly this alcoholism is.  I flit about my day and see my friends and read people’s great and perhaps not so great days out here, but realize that The Unheard are dying.  Alcoholism kills and I sometimes forget that. Alcoholic deaths are painful, ugly, messy. avoidable.  Pathetic…in the sense of pathos, not miserably inadequate.  Or perhaps yes to both.  Alcoholism took almost everything I had.  I never understood how it could, but it did.  Robbed me of the things that were” givens” in my life – family, health, sanity.  I would add peace of mind, but that was the thing about alcoholism – it fed off and was born of the unease, the dis-ease of the mind.

As one of The Unheard, I muted my own voice because to not do so would cause me pain and suffering.  Being who I was, or who I thought I was, had brought me hurt in the past.  I shut down, I played dead, I was dead.  Inside.  And in the end, I was praying that I would be dead.  Deceased.  The man with the cats.  It looked attractive.  They say that when animals begin to devour human beings, they start with the cheeks.  Fleshy.  Abundant.  Survival starts with destruction of the front mask, the face.

My alcoholism was much like those untamed and unkempt animals, fed on my façade, the inauthentic me.  The authentic me was drowning in the booze and self-loathing.  The authentic, anointed me sat in the corner while it got fed on by the beast of burden.   The Unheard in me continued to be unheard as the din of my destructive alcoholism dined on my sense of who I ought to be, not who I really and truly was.  The me that the Creator designed for great things.  With a purpose in mind.  We all have that purpose.

By Grace, the ultimate Grace, I have been able to have my voice heard.  Small and squeaky at first.  With dry mouth, heavy tongue, body shaking with fear.  But I was able to crack open the cloistered heart and let free the light and stale air. Those who loved me and those who have forged ahead of me showed me how. Those who had strong and not so strong voices, authentic selves evolved and flourishing, showed me how.  We all have our authentic self hidden in the heart. What I have learned is that the heart is not a safe, but a treasure chest.  I don’t lock hurt and pain, but I share and keep my story, my loving intentions, my desire to help.  We all have that within.

The other night I lay in bed, thinking of these things, and was doing my evening prayers, which mainly consist of saying “Thank You” to the Creator for my sobriety and my life.  Now, we have a dog, a dachshund.  I love the dog, but don’t like when he’s near me in bed.  In fact, I don’t like that he’s in the bed at all, but that’s a different story.  I usually spend half the night pushing him away from me – I don’t enjoy the heat and hair from him.  This particular night, he was at my wife’s feet.  As I sat in my silence, I said to the Creator “I know that you’re always with me,  but I wish I could feel your presence sometimes”.  And as if on cue, my dog left the spot by my wife, slid under the sheets to me, and curled up at my legs.  I didn’t move him that night.

I shed a tear and said Thank You again.