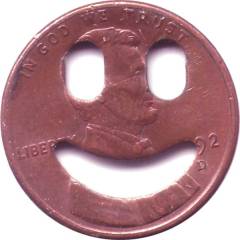 I wasn’t supposed to be there.

On my way to one of my favourite Thursday meetings, the dynamic duo of slow drivers and driving rain conspired to thwart my efforts in arriving there at a goodly time.  I knew of the local meeting by my house, so I drove back around, grabbed a Ventastic Quintuple Mega Mocherotic High-Fat Super-Whip Grain Fed Goat Cream pH Balanced Low Foam Extra Tepid Caffeine Beverage  (TM) and made my way through the downpour to the church basement.  I knew a fair share of the people there, so it was kind of nice to mill about and soak up the alcoholic love of the room, resplendent with the aromas of stale coffee, crumbly cookies and low level fear smattered with semi-smashed ego.

I didn’t really want to be there – I had been looking forward to the Big Book meeting further away.  I looked around to find a seat and noticed a young man, coltish and sweaty.  He was leafing through the “beginner’s package” – pamphlets and other reading material given to brand new members.  There was no one sitting near him – he was alone.  I then knew why I was diverted to that place, why I had been guided there.  I knew that I was meant to be in that building, in that meeting, at that time. To see him.

I sat near him, a seat separating us.  I introduced myself and we began to talk.  I kept it simple.  I didn’t overwhelm, like I have done in the past.  I explained what was going on.  It was his first meeting ever.  He rubbed his palms on his jeans every few minutes.  His eyes darted back and forth, perhaps taking in the entirety of where he was, taking in the weirdness of the gathering – something we’ve all done.  It had been a few days since his last drink, and he looked fine.  I mean, he didn’t have the shakes or bloodshot eyes, the puffy face or lethargic speech from lack of sleep.  Or too much sleep.  He was the kind of guy you would pass at the grocery store, unnoticed, as you filled your cart with more Lean Cuisines.  As the meeting began, he visibly relaxed the grip on his coffee cup, and I scanned the room to take in the faces and vibes of my peeps surrounding me.  It felt like home.

There is something about working with others that defies sufficient description.  There is an overwhelming sense that I am supposed to be doing it, that to do otherwise would go against the grain of my core.  It’s an alignment of what I want to be doing to what I am needed to be doing.  A melding of these strong pulls that gets stronger when in concert with one another…one of the few times where what I need and I what I want stem from the same place and don’t collide – only collude.  It can be felt at a surface level as an immediate sense of being useful.  But it also resonates at a deeper level manifesting in a general and long-lasting sense of calm, sense of purpose and the deflation of being wrapped up in self.    This is not about ego, or about awaiting pats on the back.  It’s about trying to be selfless, helpful and thinking of others…something I never was for most of my life.  Strike that –  I was helpful, but only if it served me in a selfish way.  By working with others, I do get something out of it – continued serenity and sense of being of service – but it comes not of self, but out of love.

I see this support and giving and mentorship in many ways in recovery.  I see it here in the blogosphere, in many guises and forms.  Belle’s 100 Club is something that has taken a life onto it’s own.  I also see it on a smaller scale in the Twitter world – alcoholics inspiring one another through the staccato give and go that only Twitter can provide.  Shotgun Providence, if you will, filtered through the common ground of alcoholics all trying to help each other along.  Recovery boards encompass a plethora of different people in different stages of their journey, and the instantaneous response has saved many a shaking alcoholic from picking up a drink.  The shared knowledge and experience of others has also been a growing point for me and allows me an almost instant tutelage of sorts online.

And of course in AA, we have a wide range of ways we can be of service.  The fellowship itself provides fertile ground for newcomers and old timers (and those in between) to come together as those afflicted with a common problem, talking about the common solution.  Where friendships are forged and a new way of life practiced out in the arena of compassion and camaraderie.  Even someone with three days can be of help – showing the absolute newcomer the ropes about the meetings, or sharing their story, or even pouring a cup of coffee.  Others get into service positions and/or get into doing meetings in jails, institutions and detox centers.  It’s all about that simple handshake, the quick hug, the look on someone’s face when they totally get what you’re talking about.

While all these things have given me a chance to give back what has freely been given to me, and have also allowed me to share in a myriad of ways and forms, there is only one way of being of service that truly speaks to me in a deep way.  And that is sponsorship.  What has been most beneficial for me is taking someone through the work.  Being in the forewords of the Big Book is something that brings me a particular joy, a certain type of usefulness that taps my soul, a sense that I was put here to do this sort of thing.  A mind meld between me, the other man, and the Creator.  Spiritual consent bred of desperation, identification and the seeking of connection and trust.  When a man asks me to go through the work with him, I take it as The Divine’s plan for me.  I am of the mindset that God doesn’t put two people together just to help one.

When I share with another guy what I have gone through, what it felt when I was drinking, the things that were going on in my mind and spirit and body when I was active, and he responds, I know that I have been able to reach him in some small way.  And when I see him come back with questions and the willingness to continue going on, meeting in sweaty glassed coffee shops and sitting on park benches, I know that we have started something that is special.  It doesn’t mean that they always come back.  I have had men just drop off the planet, so it would seem.  Guys that I thought were getting it, only to never hear from them again.  And that’s fine.  That’s fear, that’s alcoholism, that’s the way it rolls.  I just pray for them and hope to run into them sooner than later.

A few people have remarked how I have the time to read and respond to so many blogs.  And recovery sites. And add in some of the other recovery things I do.  Yeah, it takes some time, but there is a reason for that time, for responding as I can.  It’s simple : it helps me as much as, if not more, than the people I might be helping.

It’s like the take a penny, leave a penny tray you would find at the gas station or 7-11.  There may be times when I am short a few cents and take just what I need to get me through that moment.  And there are times I am swimming in pennies and want to hand them off to someone who might need it later themselves.   It’s the whole pay it forward idea.  And that is what this whole deal is.  I get to help people, because I get something much more out of it…just as others have the chance to help me, and gotten something out of it themselves.

Today I was able to talk to two newcomers on the phone.  One guy from my old treatment center who I had never met before but was given my number as a contact, and the other the young man I met at that meeting yesterday.  Both are also meeting me on Sunday at a special meeting.  What is special about that meeting?  On Sunday I will be presenting a one year medallion to one of my first sponsees.  My sponsor and my sponsor’s sponsor will be there.  The legacy demonstrated and continuing.

One drunk helping another.  One alcoholic lending a hand to another.  It’s what we do.  It’s what I need to do.  I feel it’s the reason why I was given the Grace of God to be here still.  It’s why we’re all here, in my opinion.

Take a penny…leave a penny.  What will it be for you today?  Whatever it is, it’s the right thing. 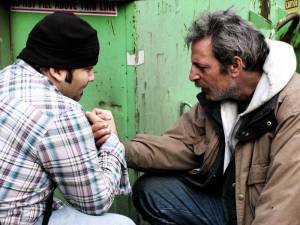