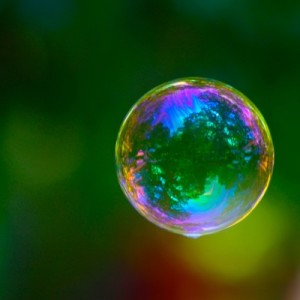 I don’t often think of it, but now and then it comes to mind.  It came up yesterday, as I was responding to one of Belle’s posts in her boombastic blog (I have been known to comment now and then on other blogs).

If there was one thing, and one thing alone, that would make me think twice about picking up again, it would be the Bubble.  Now, like most good alcoholics worth their salt, I didn’t “scare straight”.  They used to have those shows where they paraded troubled teens through scary prisons, where the inmates looked like Mr. T, roared like Hulk Hogan and were built like the Rock (and that was just the women).  They gave the kids a quick look at what prison life was like, and perhaps frighten them into getting their act together.  That kind of thing didn’t work for me and my alcoholism. I would be drinking while I watched Intervention or looked online at all the horrific things alcohol did to the body – gory pictures and all.

I drank after every and all painful and unsettling landmarks in my life – getting arrested, losing my family, hospital visits, job problems, making and breaking promises to loved ones, health issues…bottom after bottom after bottom.  I still needed more pain.  Anyone in their right mind would have stopped so much sooner.  But it was clear I was not in my right mind. I hadn’t been so in a very long time.  So when I had my last drunk – a pathetic, lonely, sad, unremarkable drunk – I finally agreed to go to detox.  I couldn’t do it any more.

I was brought to the hospital and handed over to a nurse for my intake.  They examined my belongings with an eye that Hercules Poirot would have been envious of, and filled out reams of paperwork.  I had everything taken away, except for my pj’s and slippers.  And off I went to a room with ten beds, a washroom and a small table filled with paltry carb and sugar-laden snacks.  And that was it.  What made the room remarkable was the huge glass wall that separated us sickos from the fastidious and silent medical marshals who watched our every move, who monitored our actions and reactions and doled out the meds on schedule.

The Bubble, they called this room.

This is how I spent the first 24 hours in the Bubble:

8 hours – tried to sleep.  Sweat.  Tossed and turned.  Watched with envy as some of the other men seemingly slept forever.

3 hours – watched in horrific awe the blue worms on the walls (hallucination #1).  Tried to listen to the hockey game I thought I was hearing (hallucination #2). Tried to sleep.  Sweat.  Tossed and turned.

6 hours – read an entire novel from beginning to end.

0.5 hours – tried to push a tuna sandwich and water into me.  Failed.  Took unknown meds by grumpy intern.

2 hours – tried to sleep.  Sweat.  Tossed and turned. Watched men come and go at all times of the day and night.  Tried to counted how man heartbeats I had per minute – lost count at 500,000.

4.5 hours – sat up and gazed at the ceiling.  Talked myself out of several withdrawal induced panic attacks.  Stared at the people staring at me.  Stared into my own soul and found something wanting, found an empty shell where a human used to reside.  Tried to eat chips.

I didn’t sleep for four days straight. You see, alcohol changes the chemistry of the brain.  We slow things down up there when we drink, and it’s like a spring that’s been compressed harder and harder and harder.  And when we abruptly stop drinking, it’s like we let the spring recoil and boing! boing! boing! we release excitatory neurotransmitters, and we get all those lovely symptoms of withdrawal, or in my case, the DT’s.  Insomnia is one such symptom, as well as shaking, restlessness, excitement, fear, etc.  And those wonderful hallucinations, of course.

In those four days, I finished three novels, ate two sandwiches, and craved sleep like a man in the desert craved water.  I went to the washroom to hide when the guy across from me would masturbate loudly.  All I wanted was to be like the addicts in the corner bunks, who slept 26-28 hours straight.  I was jealous of the addicts in detox.  Insane.  I tried several times to leave the isolation and get into “general population”.  I begged, I whined, I would get angry.  Nothing worked.  They would ask me to extend my arms out, and when my hands would continue to violently shake, they gave me a pill and said they would check in later.

Did I mention I prayed the whole time, shaky hands and all?  I alternated between praying to die and praying that this was just a nightmare that I would wake up from.  The pain – physical, mental, emotional, spiritual – was unbearable.  I didn’t know how to be.  I didn’t know who I was, where I was, what time it was and what day it was.  I was truly lost.  My compass, like my soul and heart, was broken.  I could feel every molecule in me squeezed out, tensed up, bleeding out…broken.  I invited death, and yet fought to move away from it at all costs.

It was in the Bubble that I conceded to my innermost self that I was done with alcohol for good and for all.

The great thing about being in the Bubble, and wanting to die, and watching the minutes unfold like hours, and going through such despair is that I had finally turned some Cosmic Corner in my life.  It was the last domino to fall.  It was the landing when the net had been torn away first.  It was plugging the last piece of the jigsaw puzzle together and finally seeing the entire picture.  And in that darkness, I was able to see a tiny pinpoint of hope and light. I had no choice in the matter.  It was look towards that hope or die an alcoholic death.  I felt the Creator near me for the first time ever, and I didn’t know it at the time, but I knew I needed not be tethered to self-will any more.  Something better had been planned for me.

The ironic thing about the Bubble is that while I was physically trapped and peered at by others, by the end I felt freer than I ever felt before. It was though the Creator was watching over me, from within and without.  I honestly feel that healing started there.  I felt a sense that even though my conditions were dire and I had a lot of work to do on the outside, my inner life was going to have a volcanic like shift and that I was now being guided.

The Bubble may be a place I never want to physically be in ever again, but what I got from it was more than I ever bargained for.  And for that, the Bubble will always be a part of me.  Except this time, I am on the outside, peering in..through the lens of love and compassion and knowing that I have been kept around for a reason.

Every alcoholic I meet and help in any way is my reason. 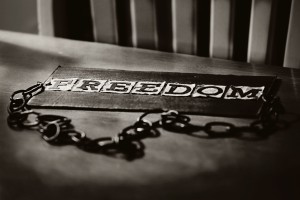 I am free of the Bubble.